Over 90% Increase in Conversion for our swimming pool Instalment client 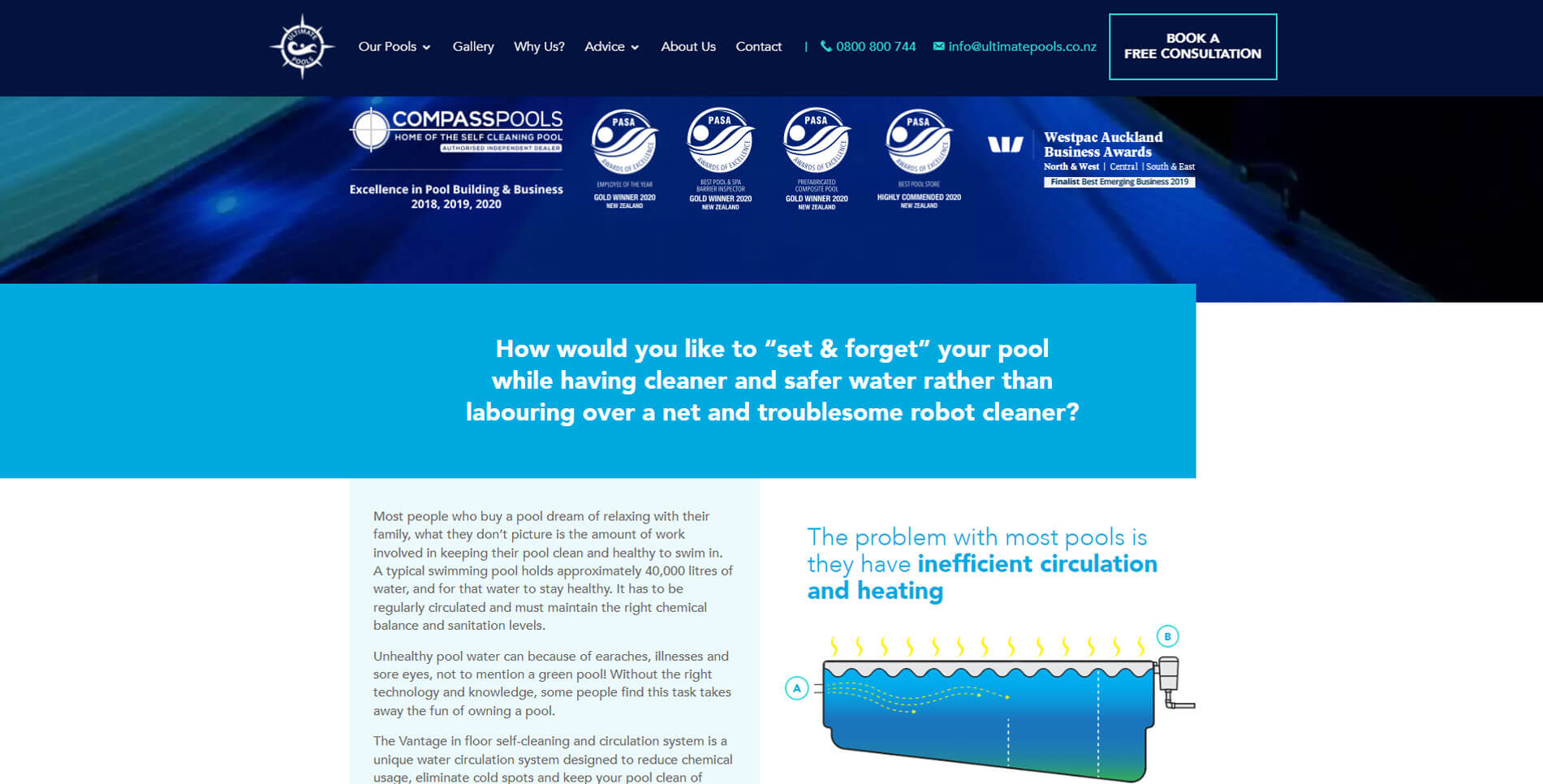 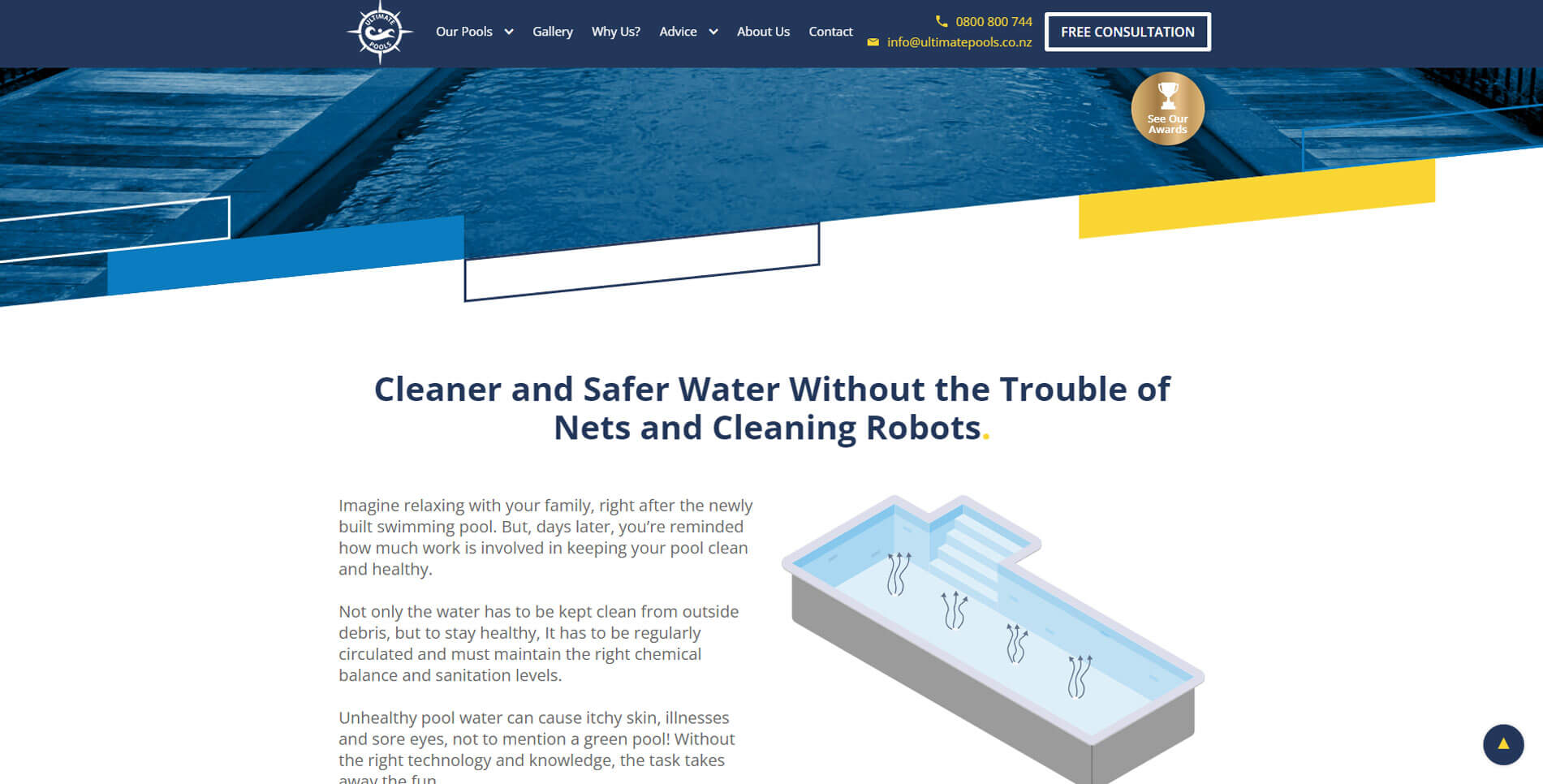 The old website loaded slowly, text broke where it was unreadable, and it looked outdated. Event tracking was set up based on page visits rather than actual actions taken.
‍
The analytics lead to false positive results - meanwhile, the customers were having a bad user experience on the website and this was reflected in the conversions.

How did we exactly get the results?

CRO is all about testing and tweaking, and it's important to have a tool that makes this easy, like Webflow.

‍Let's use an example of how we tweaked a page:
‍Our client got most of their leads through contact forms. They supplied us with an intro video, which we put next to the form. This increased the form conversions by about 0.5%.
Meanwhile, we saw, that the phone number didn't get much action, as it was small in the navigation. Its conversion was 1.10%.

Since most people outreached on the contact page (as we saw in the analytics), we wanted to see if we could increase conversions by adding in a BIG BOLD phone number right above the form. This was so simple, and yet, It increased phone calls by 0.56% (a 50% conversion increase!) without disrupting the number of forms filled out. 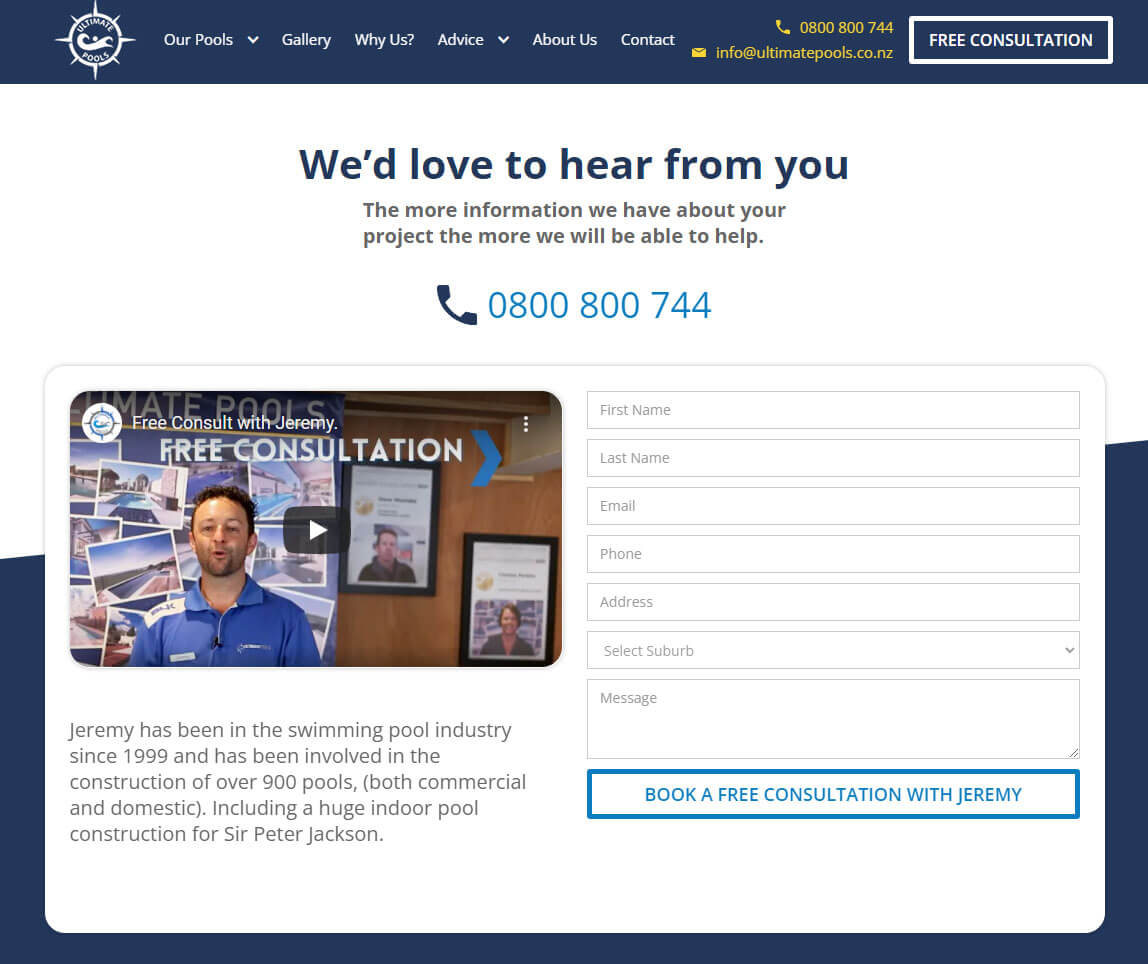 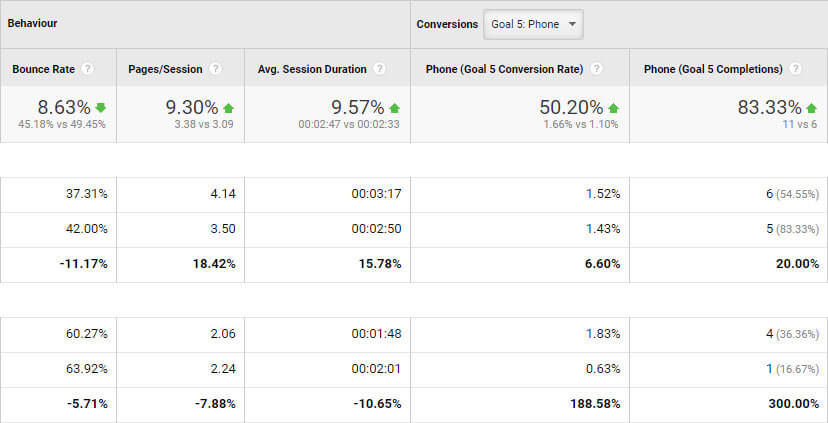 The scenario we've described above is banal. But, without proper tracking and proper review, we wouldn't be able to make that decision. There's no one fits all approach, and slapping a massive phone number above your form might not be suitable in your case.

This is why tracking everything is so important. It gives us context on where to make improvements, and lets us test things methodically without disrupting the entire lead generation funnel.

We  rebuilt the website to be as fast as possible. Speed is key when it comes to user experience, because no one wants to wait around for a page to load. By using Webflow, we were able to design the website ourselves with no templates, which ensured everything was clean and ran smoothly. As mentioned before, this also increased organic traffic. Google and other search engines prioritize faster loading pages. 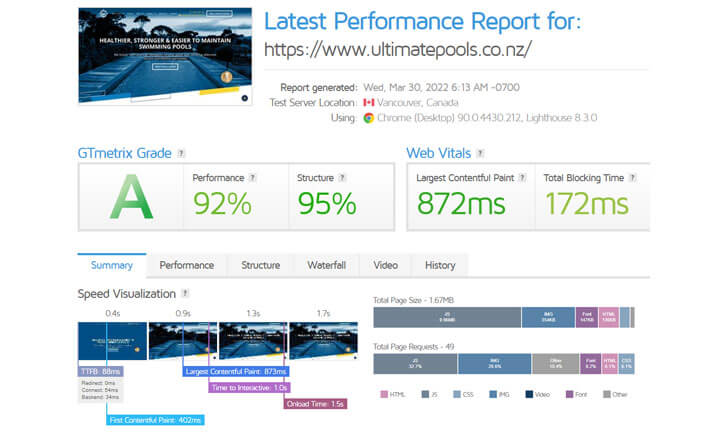 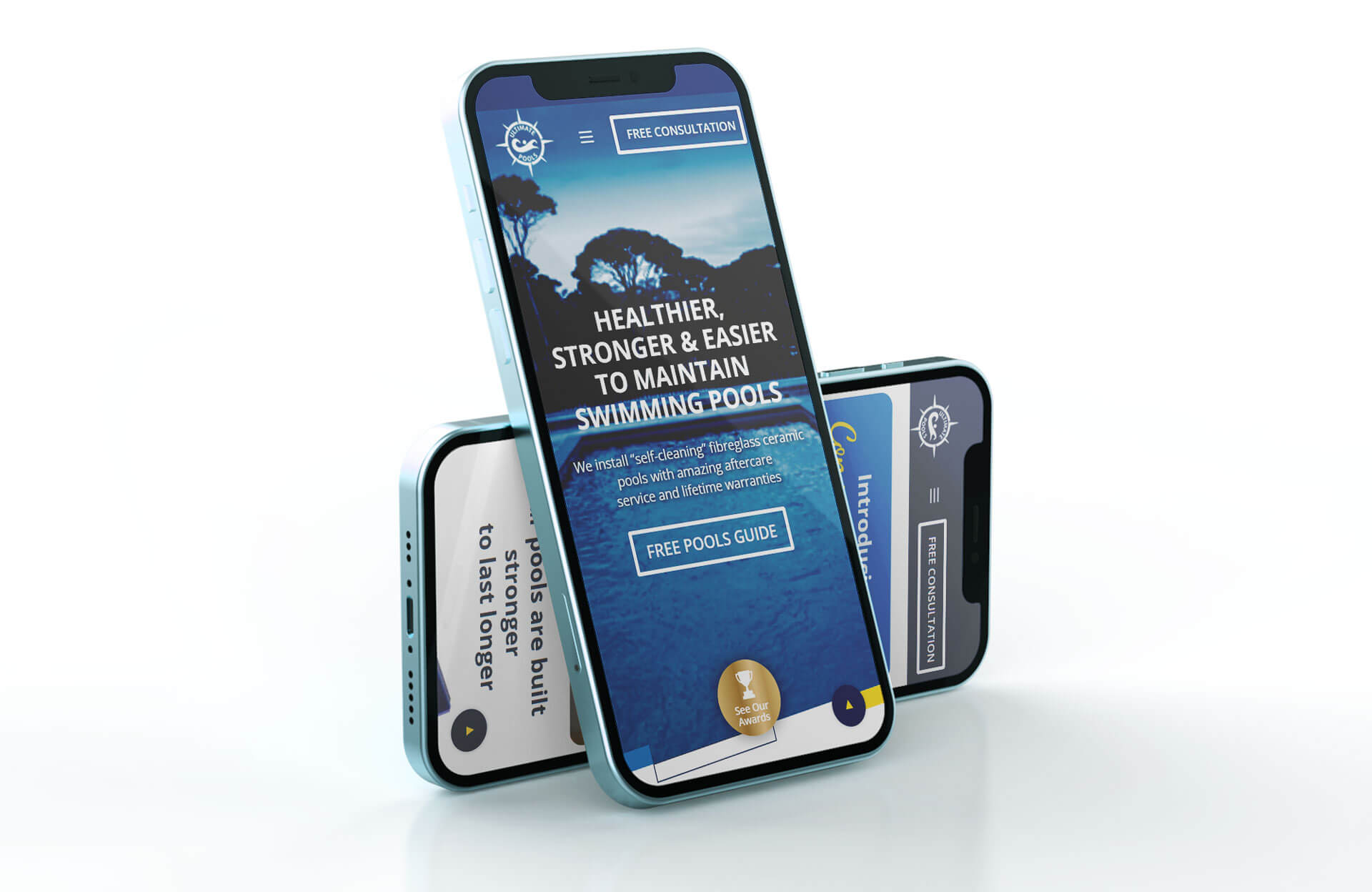 Most websites are built with templates, so when you use a template, there are certain 'out-of-the-box' elements that people skim through and give no thought to. Disrupting their pattern with custom design, visuals and interactions, makes them pay attention more to what we want them to pay attention to.

Want to Know How To
Get the Extra Customers?
Find Out What your Website is  MISSING!